Built by John Holland Group in collaboration with AECOM, the Autohaus development was proposed with the ambition to revivify the Newstead and Teneriffe industrial area.

Announced by Lord Mayor Graham Quirk in 2016, the project is the first of its kind in Queensland and is set to rival dealerships in Europe, solidifying Australia’s presence on the automotive market.

Seeking to reinvigorate the Breakfast Creek waterfront precinct and reinstate the boardwalk connecting the wharf to Newstead Park, the development showcases an extensive combination of both softscape and hardscape.

Following preliminary demolition work, external hardscape involved concrete pavement, edges, kerbs and tactile works which were completed both around the dealership and alongside the boardwalk. A variety of furniture including benches, bollards, a trellis to the building façade and a locking gate were supplied and installed. Our team was also engaged to build an indoor water feature complementing a green wall (by others) at the Valet Parking area of the building.

A substantial volume of softscape work was conducted with a variety of planters, ex-ground trees, podium gardens and turf, as well as design and construct of an irrigation system, all in a short amount of time. Planted areas comprise ground level, level 1 and rooftop of the dealership, as well as the streetscape, boardwalk and new reserve located on Ross St.

Penfold Projects is proud to put its stamp on another high-profile project that is anticipated to boost the local economy and revitalize the Breakfast Creek area. 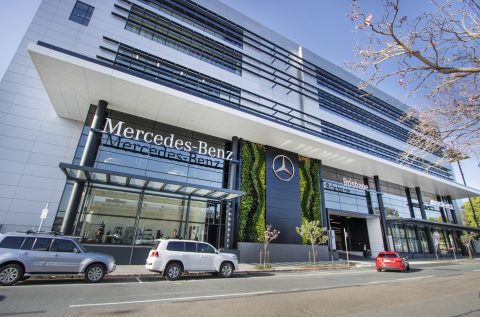 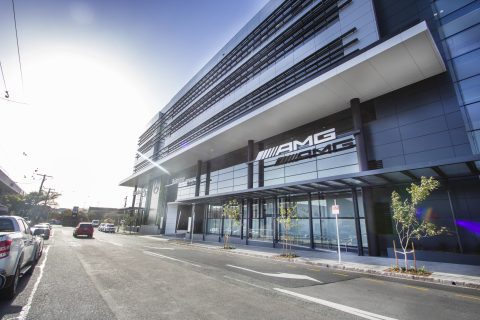 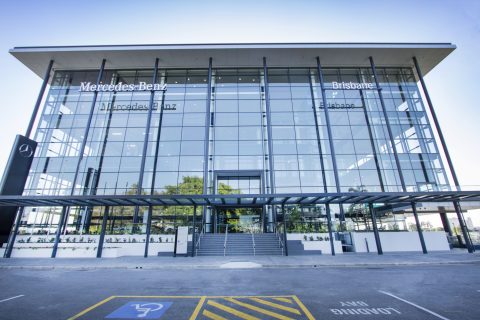 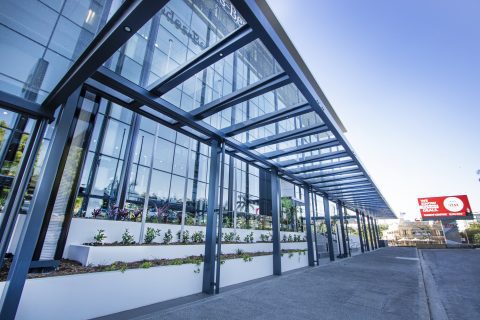 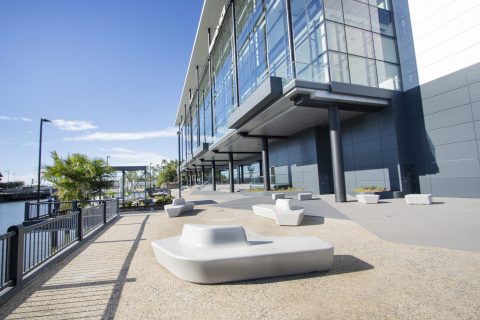 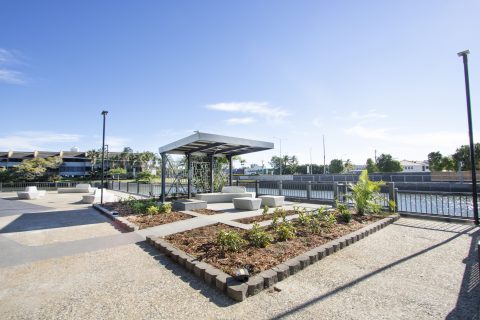 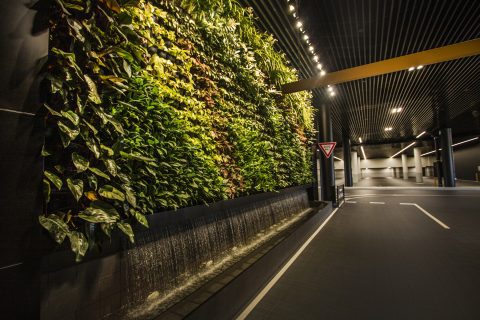 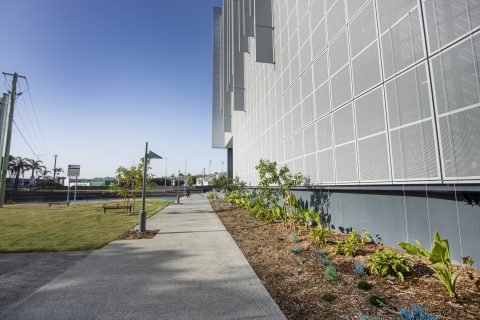