Established in 1956, Cleveland District State High School is a public secondary school based in Cleveland in the area of Redland City. In late 2019, in an effort to revitalize their sporting facilities, the school engaged the FKG Group and Penfold Projects to complete an extensive scope of works.

Comprising of both softscapes and hardscapes, our contract works for the Cleveland District State High School, consisted of installing 7 brand new play courts (handball, netball courts and futsal courts), a complete amphitheater and a mix of artificial turf and green couch.

After a thorough process of detailed excavation and removal of existing turf and soil, our team executed bulk earthworks to shape up the amphitheater. The latter consists of 4 sandstone block retaining walls, a concrete underslab, and slab area of plain grey concrete.

An impressive amount of 3000m2 of reinstated green couch turf was used to cover the new sporting areas. All play areas were built using artificial turf and cover an impressive area of 4435m2. Our client elected to use blue turf for sport courts (futsal, handball, netball) terracotta coloured turf for running track and green artificial turf for all non-court areas.

We are excited to have had the opportunity to work for yet another renowned educational institution. We thank Cleveland State High School for their trust in our workmanship as well as our partner FKG Group for engaging us to complete the works. Penfold Projects are looking forward to seeing these new facilities being used by the future generations for years to come. 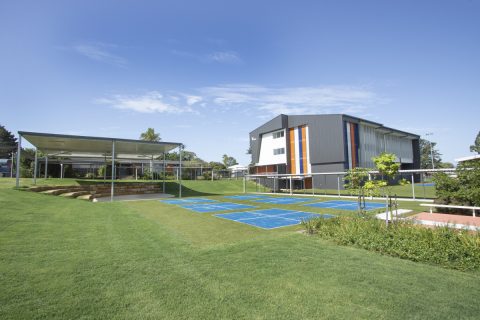 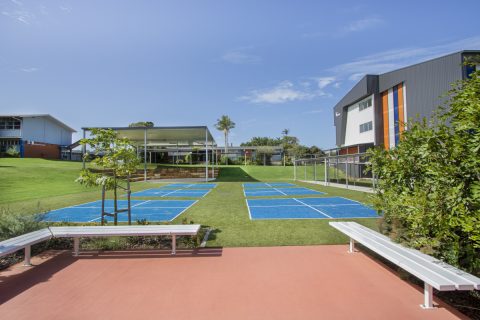 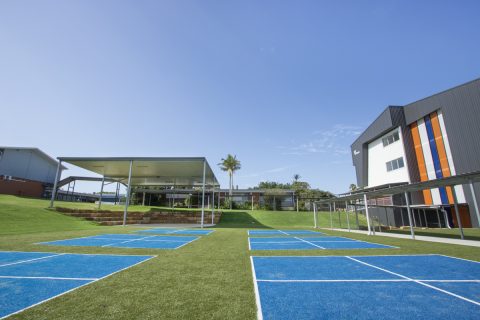 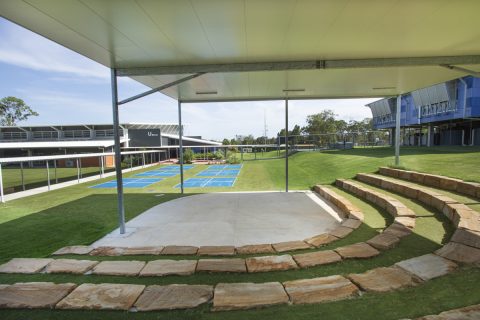 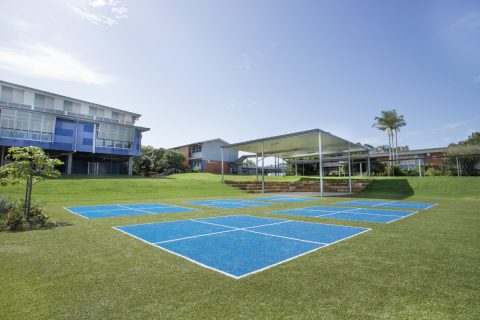 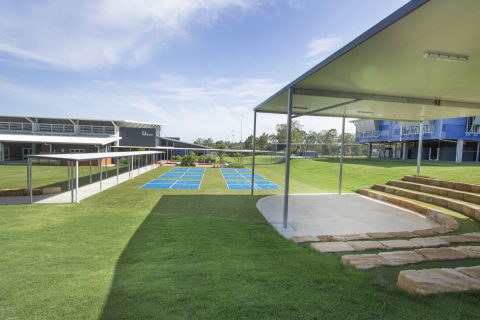 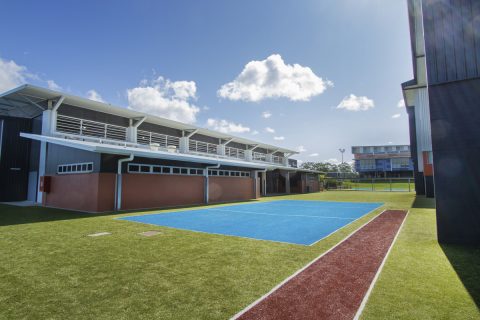 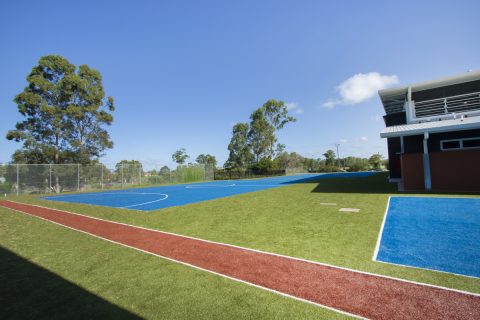